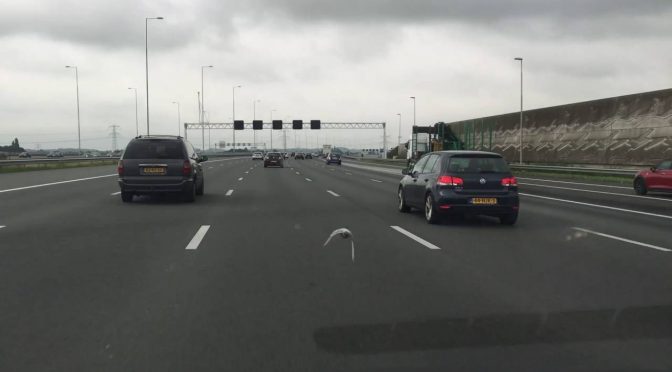 A recent video from an occurrence where a pigeon decided to fly between cars on a highway in Netherlands, reaching 100km/h (62 miles/h) and keeping with them for a distance of 20km (12,4 miles).

The source of the video states the following in the description (translation):

Some birds are known to reach in downwind 130 kilometers per hour, so the speed is not abnormal for this bird. But why the pigeon went in the highway is unclear. Maybe it has to do something with better airflow? What is your opinion about this?

Our opinion is that most probably it has to do with an improvement in aerodynamics, using the upward lifting vortexes (vortex surfing) to help itself fly a longer distance.

After searching for other occurrences on the internet, we found an other one where a pigeon made something very similar:

So most probably it has to do with what we have stated in our opinion. If you believe we are wrong, please clarify your opinion in the comments to let us know better.

One Of The Best Illusions You Are Going To See In Your Life!

Kwabena Boahen: Making A Computer That Works Like The Brain

Every One Of Us Sees Colors Differently