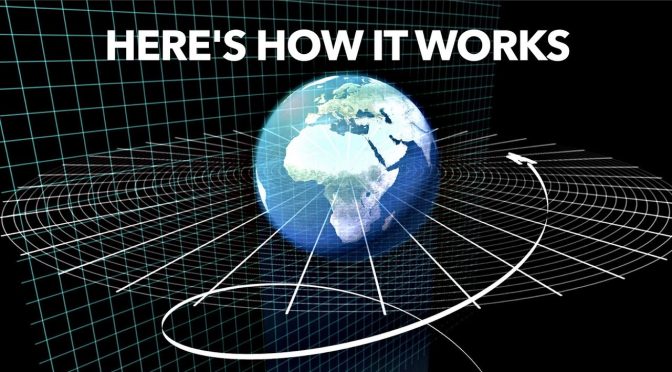 Many people may think that gravity is a force, considering we can feel the pull towards the earth and see how objects speed-up during a fall and how they stay on the ground. If you’re one of them, you’ll have to think again.

It turns out gravity is not a force and gravitational fields don’t exist. The force is an illusion that’s caused by curved spacetime. The General Theory of Relativity tells that objects tend to move on straight paths through curved spacetime, and such curvatures (which are caused by massive objects) are responsible for the speed-up of trajectories towards them.

You can understand all of the above in the following video that was recently uploaded by Derek Muller:

Before or after you watch it, you can also watch the following explanatory video animation that explains the General Relativity in a very comprehendible way:

How Effective Car Stability Control Is