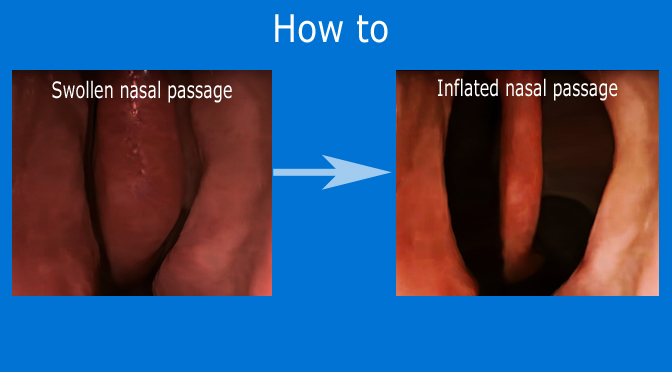 There are many how-to articles about this subject on the internet, but almost all of them are talking about a theoretical way that doesn’t work at all, a way where you have to push between your eyebrows and use your tongue to push upwards. Forget that, it doesn’t work.

The best and the easiest way to be able to decongest a stuffy nose, as soon as possible, is the following:

First, you have to understand what causes a stuffy nose, because this technique is purely technical and you don’t need anything other than your hands and back-pressure from your lungs.

A way to force-open the nasal passage temporarily, which will give you time to blow your nose and force the mucus out:

After doing this procedure, although the tissues of the nasal cavity will continue to be swollen (reduced airflow), you will be able to breathe because the blockage from the mucus will be resolved.

Philosophy of Quantum Physics/Mechanics, all the official interpretations explained in one video-animation

Dogs That Are Extremely Afraid Of Cats!

Pigeon Flies 100km/h Between Cars On a Highway