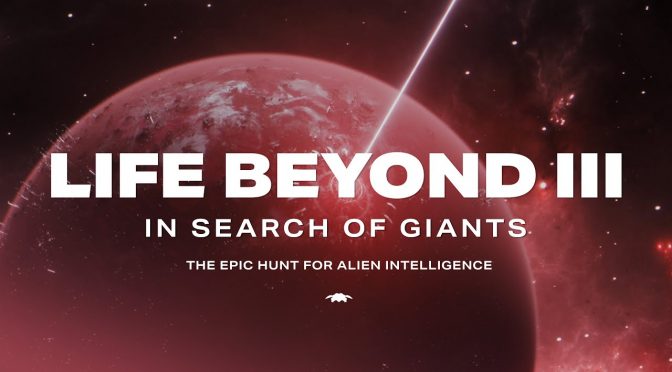 The third part of the series ‘LIFE BEYOND‘ by melodysheep is eventually here, and it’s awesome. A little more than a year after the #2 and two years after #1, #3 brings us a whole new view of the possibilities of alien life forms and the possible engineering of their technology.

“Who are the masters of the universe? Are we the only intelligent life, or is something else lurking out there? For 60 years now, we have probed the skies for signs of alien intelligence, longing for connection — to no avail. But new ideas and technologies are beginning to change the game. Proudly presenting the third chapter in the Life Beyond trilogy: In Search of Giants. In this journey, we will see how far we’ve come in the search for intelligent life, how they might be communicating, just how advanced they might be, and what it would mean if we really did make contact. It might take thousands of years to make a discovery. But as long as the mystery endures, the search for giants will continue. It’s in our blood to want to know.
——
Story, visual effects, music & Sound by melodysheep (John D. Boswell) Narrated by Will Crowley”

Chapter 3 of the series LIFE BEYOND: In Search of Giants. The hunt for intelligent alien life (4K)

A joyful ride into the unknown that’s being presented to you through human imagination, specifically melodysheep’s imagination, based on logic and the things we know until now. The quality of the animation is staggering, being able to satisfy the most requirement-thirsty viewer. Enjoy!

10 Of The Most Expensive Foods In The World

See What Happens When you Quit Smoking!

How to Make Clean Drinkable Water from Sea Water