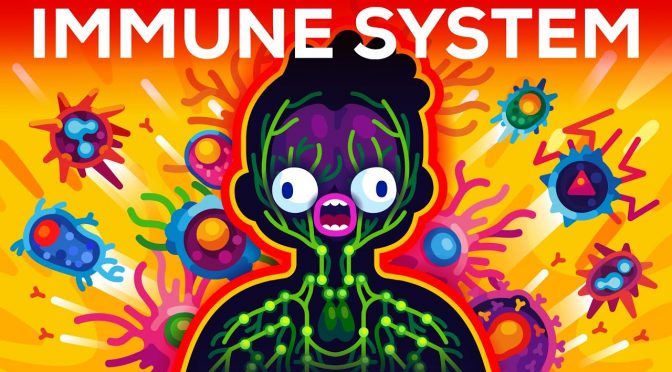 After the first and second versions of Kurzgesagt’s immune system related animations, there’s another one that just ‘came in’. Even nicer than the previous ones, it adds some easily comprehensible info into the subject.

The new video is called “How The Immune System ACTUALLY Works – IMMUNE” and it is the following:

They end the description of the video with

“It’s so manifold that it is impossible to cover in one video, so we’ll make a series looking at different aspects of it”

So there are more videos coming, since the subject is huge.

The older one is called “Tiny Bombs in your Blood – The Complement System” with the following description:

“One of the key players of our immune system is the complement system. An army of millions and trillions of tiny bombs, which work together in a complex and elegant dance to stop intruders in your body.”

Visual comparison of Human DNA/Genome to other Animal & Plant genomes