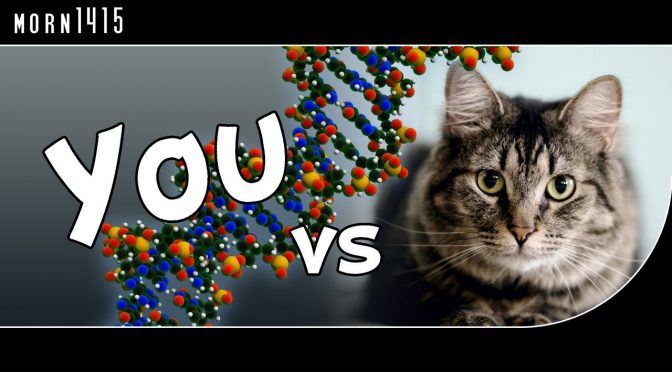 YouTube’s channel morn1415, which makes pretty nice and cleverly-made comparison animations, has made another one that compares our DNA to various plants and animals. Some of them will leave you speechless, especially the last one.

(Information briefly picked up from the video)

The strange facts and the list goes on. I suggest seeing the video animation. Watch it until the end because there’s something about onions that you wouldn’t expect…

The Museum of Alien life, the possibilities, and our place in the Cosmos

Is Reality Real? A new animation from Kurzgesagt

Rally Car Driver Is Insanely Lucky To Be Alive

A Very Practical Experiment On IQ: Man vs Monkey

Do What Your Gut Feeling Tells You!