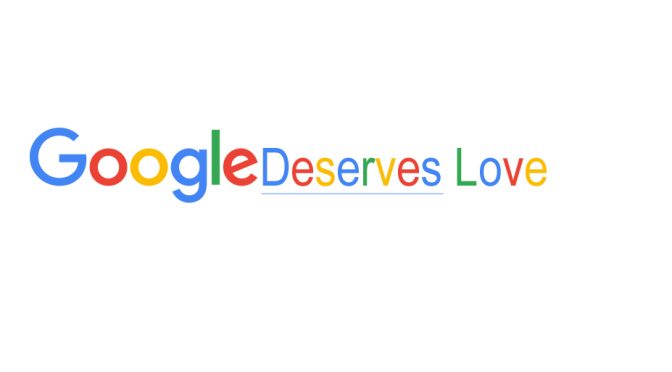 It’s been 20 years since Google appeared in our life, and since then, most of the things we do online pass and get delivered through Google’s services, for free, and for the better.

I remember when I was a child, having a desire to be able to get any kind of information at any given moment. It was the era when the first search engines were just getting born, though none of them used an effective algorithm and search query system. After the birth of the official Google search engine in 1998 (which was called “BackRub” in its infant steps before that year), my dream of a way to easily find the information I want came true, and the way we search and find information online started to change exponentially. Nowadays, you can actually talk to Google (either by talking or by typing) and your query is being automatically comprehended by the algorithmic Artificial Intelligent system, exactly like a human would comprehend your question.

As time passed after Google’s birth, the company started to show it’s real face, it was clear that there were open-minded minds behind the decision steps of its organization. Google started to count the user as a top priority and the positive user experience started to be the main focus. It was something that all the other search engines didn’t pay much attention to.

For the employees, the ideology of ethical equality and justice, diversion, and freedom in the working environment, brought all the positive growth in a much better direction, for the whole company and eventually for us, the users. In my opinion, Google’s employee ideology should be adopted by any company or organization that wants to see real positive growth, for such positive outcomes can come only from a happy workforce.

Free online tools, applications, and services for anyone

Google was the first and still is the company that offers its users a huge number of free online applications to work with and use for personal reasons and creativity in general, with the advantage that it all comes with assured quality of service. For a simple example, if you are authoring articles, you can use Gmail (or Google Docs, if you prefer) as your service for writing the articles before publishing them, for it’s maybe the best and easiest way to be sure that your text won’t be lost in any way. Gmail saves your text as a draft in real-time as you type, a draft that won’t be lost until you decide to delete it, so you don’t have to worry if your system (PC, etc) will have any kind of problem, for your work won’t be lost, it’s gonna be there in Gmail for you to access and continue working on it, at any time.

Some of the most important applications and services that are given free to the public include Google Earth (explore the far reaches of the world by flying over the earth, with the ability to zoom at any place), Google Maps (detailed maps with great functions and capabilities), and Street View (gives you the ability to see almost every part of the streets in its maps, among other things, exactly like being there, in a 360 view), with Google Earth and Street View being the most interesting of all, maybe something that all of us wanted to be able to do, fly all over the Earth (and not only) and see things that we couldn’t see before.

Also, Google Analytics (a complete service for webmasters to track and analyze absolutely everything they need from their website traffic, on a professional level), Google Docs, Google Sheets, Google Slides, and Google Forms, which are a word processor, a spreadsheet, a presentation application, and a survey application respectively, all part of a free, web-based software office suite offered by Google within its Google Drive service. Other free services include Google Classroom (helps classes communicate, save time, and stay organized), Gmail (a free email service that you can trust), Google Calendar (for scheduling and time management), Google Drive (very useful file storage and synchronization service), and Google Translate, a free and a very effective translation service for any language. Its translation quality gets better and better as time passes, through machine learning (Artificial Intelligence).

I am pretty sure that if all these applications (especially Google Earth and Street View) were made by another company, that company would ask a serious amount of money for the public to use it, but Google didn’t, and I think we have to be thankful about it, as for all its other free services.

In 2005, after the acquisition of Android Inc. by Google (Android is a mobile operating system after-developed by Google, based on a modified version of the Linux kernel and other open-source software and designed primarily for touchscreen mobile devices such as smartphones, tablets, etc), the era of smartphones and mobile devices in general changed dramatically, and again, for the better of all. It was one of the smartest moves by Google, a move that brought freedom of choice and ability for modification for all the devices that carry the Android OS, among other benefits.

The first company to give a serious opportunity to publishers, to easily make money online and have a legal income

After the introduction of Google’s AdSense, until today, publishers (webmasters, online content creators, developers, etc) who pass all the quality requirements, have the opportunity to get a real income from their content. The very strict rules of AdSense have made it, from many aspects, the best of its kind. Publishers are getting paid on a monthly basis, without worrying if they’ll get the money or not, for Google always pays on time. The only reason to be afraid of not getting paid is only if there is a reason, like not following the guidelines and policies, a practice that can get your account disabled forever. To avoid that, Google has literally everything you need written in its Help/Support section, a blog dedicated to AdSense, a forum, and a Youtube channel.

AdSense has made a huge number of publishers millionaires, while others are having a very good income that allows them to work online full-time without the need of another job. The opportunity exists for anyone who takes it seriously and follows the rules.

Google has introduced a number of algorithmic and machine learning systems (Artificial Intelligence) to its search engine, which made it the best user-friendly search provider. These algorithms are deciding the rankings of all the content as results for each search query, in the best possible and ethical way, while the algorithms are being edited for optimization very regularly. The artificial intelligence system decides everything in real-time, filtering bad content and other manipulative practices. Since the beginning, the way to rank higher has changed a lot, nowadays the only thing you have to do to get a good place in Google’s search results is to focus on creating family safe, uniquely original, easily comprehensible, and grammatically correct content. The quality of your content is the most important thing to focus on right now.

Have you ever noticed that when you type to search something, Google provides accurate search suggestions? Sometimes you just have to type a single word or even a single letter, and Google’s artificial intelligence system suggests exactly what you were going to type. Isn’t that awesome? Of course it is! It feels creepy sometimes though, for it’s like Google literally reads your mind, although that’s not the case.

In October 2005, Google founded Google.org, a charitable organization that donates $100,000,000 in grants, 200,000 hours, and $1 billion in products each year! Its major initiatives include Racial Justice and Inclusion, Education and Digital Skills, Economic Opportunity, Crisis Response, Impact Challenge, and Renewable Energy. A real paradigm for all the governments.

It’s clear that the company’s intentions are indeed purely positive, not just for online users, but humanity in general. It feels bad seeing that there are people who still believe that Google hides behind money-making as a target (not even trying to see that the company operates in a non-profit manner), people who try to accuse the company in different ways, people who in reality (may) hide behind its competition or just people with negativity issues. The only thing that left for me to say here is, use your mind and see the positives.

If all of the above doesn’t make you feel love for Google, then what would? We live in an era where technology grows exponentially thanks to people who strive for it, while other companies are trying their best to suck your money through your blood and sweat, very few (if not the only), like Google, are actually trying to solve problems and help, us, the people. So next time you read about an accusation of Google, think twice.

A Very Practical Experiment On IQ: Man vs Monkey